The Bad News Bears (1976) is the second film Polly Platt designed after several years of working solely with Peter Bogdanovich. The film features Walter Matthau as Buttermaker, the coach of a ragtag bunch of foul-mouthed kids playing little league baseball in a summer league that doesn’t want them. Buttermaker once nearly made it to the big leagues (he struck out Ted Williams in the minors “a couple times”), and having missed out he now cleans swimming pools for a living. He’s sullen, cynical, and alcoholic; never seen without a can of beer in hand – even in the dugout – he often tops his cans off with a pull of whiskey. 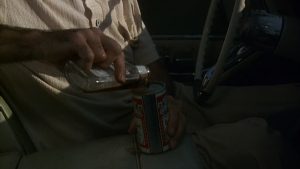 Breakfast of champions: Buttermaker tops of his Bud with a splash of whiskey while watching early morning practice.

The kids are mostly colorful individuals but awful players. The team gets shellacked in its early outings, so Buttermaker pulls in a couple of ringers in formidable pitcher Amanda (Tatum O’Neal) and top-notch hitter and fielder Kelly (Jackie Earle Haley).

The Bad News Bears was directed by Michael Ritchie, one of those unsung filmmakers of the 1970s who has a few classics to his name (in addition to Bears, there is Downhill Racer from ’69 and The Candidate from ’72). Ritchie continued working steadily through the late ‘90s, with mostly diminishing returns, but he did direct the Fletch films, and some of his later work is prime for critical re-evaluation. While Ritchie trafficked in a few, sometimes overlapping genres – sports films, rom-coms, horror – he never developed what the auteurists deemed an “individual style,” so he’s been mainly overlooked as an important filmmaker of the 1970s.

But Bears is a truly great film. It manages to be both cynical and heartwarming, uplifting and dreary, a kids’ film that’s highly adult. In short, it captures much of the essence of sports, and is rightly considered one of the best films about baseball ever made.

So where does Polly Platt come in? Unlike the films she designed with Bogdanovich or the subject of my last entry, The Thief Who Came to Dinner, Bears features very little in the way of interior design. Aside from a dance studio, a video game arcade, and a couple of Buttermaker’s swimming pool jobs, almost the entirety of the film is set in the ball park. As a result, Platt’s design is almost as noticeable for what’s missing as for what’s on screen.

I kept saying to the director and the writer, ‘We should make the diamond the world.’

The original script (Bill Lancaster) included scenes in the kids’ homes. The idea was to get to know them through family interactions. But Platt balked at the idea: “I didn’t want to design those sets: I didn’t get any ideas, which usually means there’s something wrong with the scenes. So I kept saying to the director and the writer, ‘We should make the diamond the world.’” It’s a decision born in part from Platt’s background not only in design, but as a writer (she received credited and uncredited writing recognition for most of her films with Bogdanovich and would go on to pen the Louis Malle directed Pretty Baby in 1978).

It’s a fascinating decision on her part. Up to this point in her career, her style as a designer was most recognizable through the combination of two components: her uncanny ability to replicate a specific time and place (e.g. the fifties Texas setting of The Last Picture Show or the opulent Houston of The Thief Who Came to Dinner), and her deployment of subtle psychological design cues that help define character and develop narrative. Many of these skills derived from her early years in theater and then low-budget film, both requiring imaginative use of limited space. And after Bears, she would continue to develop them on films like A Star is Born (1976), Terms of Endearment (1983), and The Witches of Eastwick (1987).

And yet with Bears, she chose to limit the kind of theatrical, psychological strategies of interior design that she had mastered. 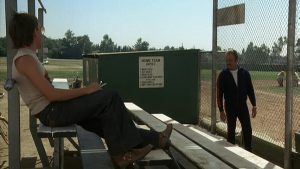 Kelly sits in the bleachers at the ball field.

And it works. The diamond and its accompanying structures – dugouts, bleachers, announcers box, fences –really do become the world of the film. The parents and spectators are left in the background so that the kids can tell their own stories, away from the trappings of the family-life-driven motivations that so often dominate kid movies. Any lessons the kids learn, they learn through experience and through negotiating with each other. Even when Buttermaker tries to impart a few words of wisdom on rare occasions, it’s depicting how the kids reject it or take it on and internalize it that makes the film work.

Platt researched baseball, specifically Little League, and she designed the film’s ballpark. She tells a story about how a “macho guy who was working on the movie kept saying, ‘Why are you letting Polly Platt design this set? What does a girl know about baseball?’” (ironic giving the film’s subject matter!). But design it she did. Importantly, she laid out the diamond so that the sun would cross from third base to first, to avoid shading problems (about 65 degrees different from Major League Baseball recommendations). This also had the benefit of providing cinematographer John Alonzo, a master of light, with opportunities to get some amazing shots. 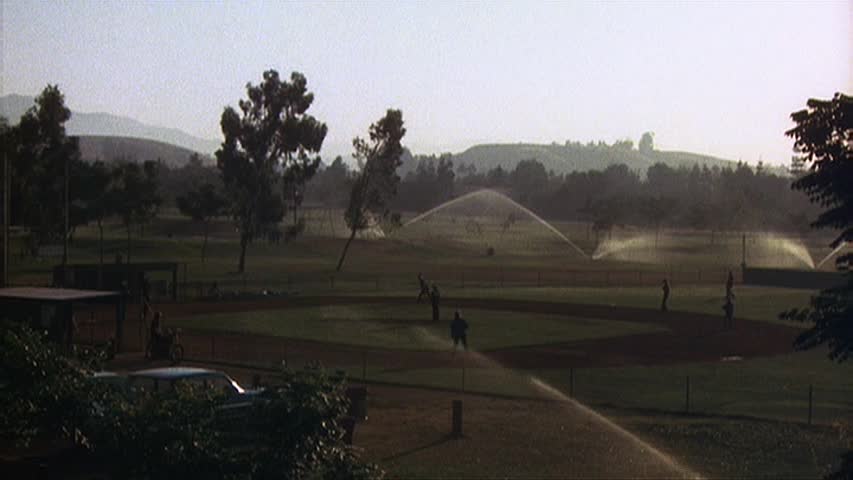 Morning at the field. 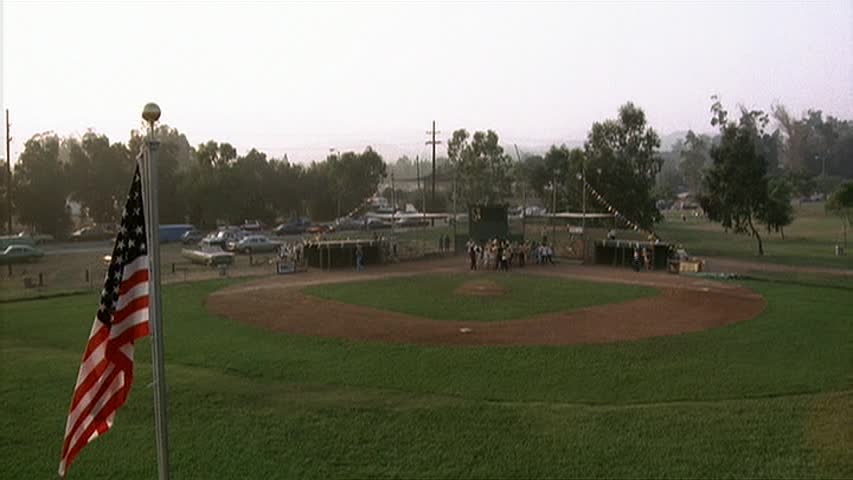 The field in late afternoon. 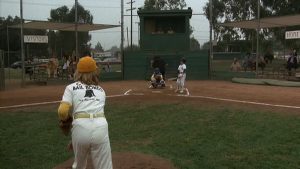 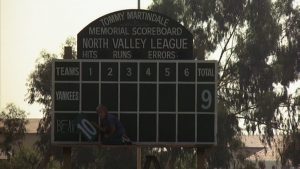 And it’s not just the diamond. The bleachers are worn in and cozy, like any of the player’s old gloves. The backstop is battered after many summers of bad throws and wild pitches. And like much of the film, the dugouts are rough around the edges, but also homey and safe, the place where everybody on the team can let loose and be themselves. The dugout also becomes the setting for one of the film’s most intimate and heartbreaking scenes, when Buttermaker rejects Amanda’s pleas for him to rejoin her and her mother’s lives (he’s a former boyfriend and mentor) and splashes beer in her already tearstained face.

After Bears, Platt would return to designing a wide variety of interiors, to vast character and location research, and to thinking deeply about how mise-en-scène can deepen a film’s characters and narrative. With Bears, however, she took a different approach, one that exhibited her keen writer’s instinct for how best to tell a story. In doing so, she exhibited once again the depth of her skill at designing a film as one of its primary authors.