While I put the finishing touches on part 2 of my thoughts on the auteur paradigm, I thought I’d post a few words about my big “black Friday” purchase.

Each of these films features Polly Platt as production designer. Platt’s probably best known for her marriage to and early collaboration with Peter Bogdanovich. She worked as production designer on Bogdanovich’s first four films: Targets (1968); The Last Picture Show (1971); What’s Up, Doc? (1972); and Paper Moon (1973). She’s also credited as co-writer on Targets, and more than one person has claimed she contributed to the writing and maybe editing of all four films. (For some of my thoughts on the importance of Platt’s contributions to the design of those films, check out this conference paper I gave on the subject last spring.) 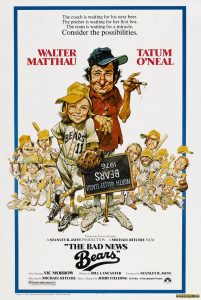 In the auteur-driven narrative that dominates Hollywood history, Platt often disappears after her divorce from Boganovich, but she went on to have a highly successful and varied career. She continued as a production designer throughout the ‘70s and ‘80s (other films include Terms of Endearment (1983) and The Witches of Eastwick (1987). She also did uncredited costume design on almost all of her ‘70s films. Furthermore she wrote (most significantly, 1978’s Pretty Baby) and produced (including Say Anything . . . (1989) and Bottle Rocket (1996)). She’s credited both with discovering Wes Anderson and introducing her production partner James L. Brooks to Matt Groening, leading to the birth of The Simpsons. 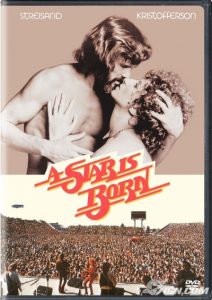 Platt’s work will be the focus of much of the first year of this project (I just found out that the Bogdanovich archives in Indiana have ten boxes of material dedicated solely to Platt – archive geeks out there, you know what a feeling that is!) And one of the things I’m really looking forward to over the coming weeks is getting into some heavy comparative analysis of the production design for the four Bogdanovich films and these three new orders – all by different directors.

Also, as a huge part of my work focuses on collaboration and multiple-authorship, I’m pretty fascinated by how many overlapping partnerships there are between all seven films. For example, Ryan O’Neal, who starred in two of the Bogdanovich films also stars in The Thief Who Came to Dinner. Tatum O’Neal is in both Paper Moon and The Bad News Bears, and Barbara Streisand is in both What’s Up, Doc? and A Star Is Born. Robert Surtees was cinematographer on both The Last Picture Show and A Star Is Born (one of the understudied relationships in film scholarship is that between the production designer and cinematographer). This will also give me a chance to expand some of my thoughts about the relationships between production design and other facets of production.

I’ll be writing more about these films as they arrive and I get the chance to watch and re-watch them. For now I’m just excited that they’re finally on their way!